David Young has kept his boat 'Why' a Hunter Pilot 27, at Thornham Marina , during the winter, for many years. The combination of intuitive problem solving and a love of sailing inspired him to design the Paralock Plotter which plots GPS positions onto paper charts and derives way points from paper charts useful for electronic navigators. 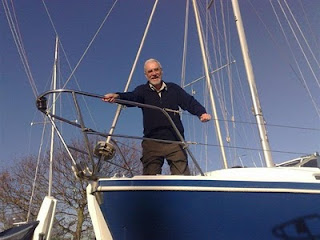 David comments 'I just saw the need for something very simple and robust, that was intuitive to operate, and could be used on a small chart table to very quickly plot latitude or longitude as well as be used as a conventional parallel rule'. 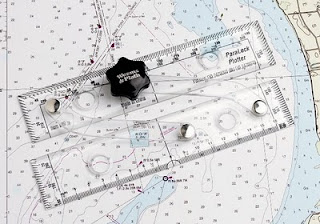 Using the ParaLock makes plotting GPS positions really straightforward. What's more its compact and particularly suited for modern small chart tables. Just use the big black knob to lock it at the latitude or longitude scale position, slide it down a chart grid line and mark a position. Used in reverse it's a quick and easy way to work out way points from a chart.

David adds; 'Feedback from thousands of navigators in the US, UK and NZ has been very positive. Many boaters use all-electronics navigation but its a good idea to have a working knowledge of the older skills. Sometimes salt water and electronics don’t mix well!'