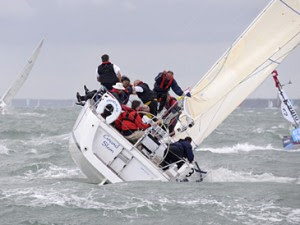 Tacking in big wind and tide off the Royal Yacht Squadron. ©Rick Tomlinson

As most Thornham Marina regulars know, Jeanette and Simon were off sailing in Cowes Week last week in IRC Class 3 on the Grand Soleil 37, Grand Slam, jointly owned by Robin Dollar and Mike Ronson. The yacht was only launched this spring and this was her first major regatta.

JBT Marine very kindly lent us one of their Ballistic 6.5m RIBs as support boat for the week which was a great help in getting around. We were moored in East Cowes Marina and our crew house was on the other side of the river in West Cowes, this was to ease the route home after the evenings social activities. 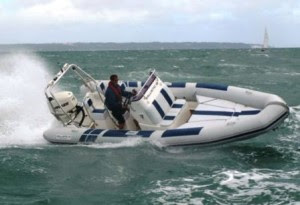 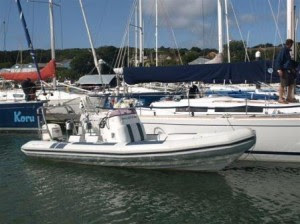 We had a very eventful week both on and off the water with a few dramas on the way.

The week started peacefully enough with winds of around 20 knots allowing us to post two solid results of 3rd and 5th, not a bad start.

Monday brought with it our first problem of the week, as we walked down to the RIB for the short hop across river to Grand Slam's berth we discovered an empty bit of water where the RIB should have been. On asking around we learnt that someone had tried to steal it and another one in the night and they were now both high and dry on the ramp of the chain ferry at East Cowes. In an effort that Nick Gates would have been proud of, using traditional methods, we got some logs and gently rolled her down the sixty foot of slipway and back into the water just in time to board Grand Slam ready for the motor out to the start line for the days race.

We would like to say a big thank you to the guys at the UKSA for their help in providing the logs and muscle power during this delicate operation.

After all that we had another great race posting another 3rd.

Tuesday and Wednesday were, after Mondays shenanigans, quieter days where we finished 4th and 2nd. By now we were starting to see a friendly problem emerge, our co-owners were helming alternate days and one was being rather more successful than the other.

There were mutterings that one helm was being given better starts by the tactician along with plenty of other banter from the crew, but the pressure was on!

Luckily, this problem was resolved on Thursday with a bullet, 1st in class. Unfortunately we did not get a chance to celebrate this as initially we were showing as second and it was not until later when it came to light that the boat that beat us was sailing on the wrong handicap that we were upgraded. 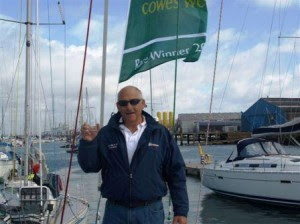 After finishing in a tie for fourth on Friday things were looking very interesting at the top of Class 3. Each boat is allowed to discard their two worst results this meant that ourselves and a J39 Sleeper were on 12 points with the HOD35 Seatrack and Elan 450 Hurricaine only 1 point behind. The final race was set to be the mother of all races and the forecast wasn't going to help either.

By Friday evening the forecast for Saturday was 25-30 Kts with gusts up to a third higher. This sent us scurrying off to the bar, not as you might think, to anesthetise ourselves against the pain to come, but to find another crewman for the heavy conditions. Mission Completed we headed off for an early night.

Saturday started badly with a phone call at 7.00am not the RIB this time, but two of the crew had decided to drink through the night not only meaning they were in no fit state to race but keeping the two other crew sleeping on the boat awake all night as well. I am sure you can imagine how one sided the conversation was when Jeanette, Grand Slam's crew boss, got to the boat.

Once despatched we had another problem - not enough crew!

After many phone calls we discovered that two of our old friends were in Cowes but not racing that day so they were 'invited' to come and sail with us. All sorted it was off out on the water to the start on the Royal Yacht Squadron line.

By the start the wind was already blowing 25kts from the SW and with a long course, short tacking up the mainland shore in the western Solent against the tide and runs down the tide it was going to be a proper champion's race.

About this time we realised that Hurricaine had not come out to play, one down two to go!

The first beat up past Beaulieu saw both Seatrack and Sleeper pushing too far into the shallows and hitting the bottom, but not getting stuck for long enough and by the first mark we had the slightest of leads, it was then spinnaker up and off down wind. Shortly before the second mark we had our first broach and had to drop the spinnaker. By the time we had recovered all three boats were back together again with Sleeper just in front of us as we started the second beat. By the time we reached the second windward mark we had again managed to open up a lead and this time we hoisted a smaller spinnaker for the run down.

With the wind now gusting over 30 Kts this was to much and we suffered an almighty gybe broach putting two of our crew underwater. We got the spinnaker down and carried on under white sails. Many others were having similar problems, the only one revelling in the conditions was Seatrack who sneaked past us just before the leeward mark. Once again we had better speed upwind and reached the last windward mark first, but with no usable spinnakers left were at the mercy of Seatrack and Sleeper as they hoisted once more.

Whilst we gently goose winged down wind we had a chance to watch the skill of Seatrack as they put in several gybes in winds gusting 35 kts. Sleeper had a couple of broaches which kept them behind us but we had no defence against Seatrack who pipped us to the mark and held us off on the final short beat to the finish.

We later learned of the drama aboard Sleeper who shortly before the leeward mark had a problem off Lepe Spit and a call was made to cut the spinnaker halyard to get the sail down. Unfortunately in the rush someone cut the main halyard instead! The result was the loss of the Spinnaker complete with sheets guys and halyard along with the need for a new main halyard, even so they managed to finish a credible 7th.

With the race done Cowes Week 2008 was over. We finished 2nd in class behind Seatrack and all agreed the better crew had won on the day but it was oh so close!

Full Results can be seen here 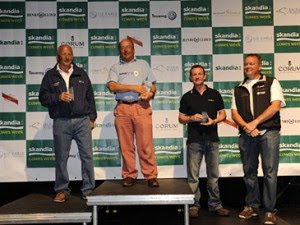 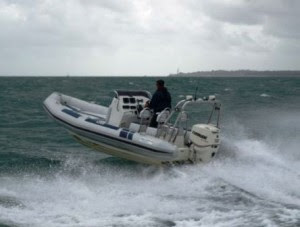 For those of you who enjoyed and those who missed it, here is a video of Thornham Marinas Summer BBQ